Home >> CGS >> This Month in the Level II Atrium 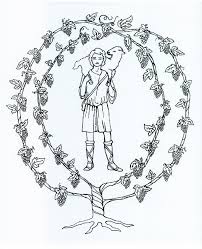 My apologies for not getting a January note to you…I think I may have catching up on sleep missed during the Christmas season!

Your children continued to learn about Jesus as an infant with presentations of The Adoration of the Magi and The Presentation in the Temple. They had very mixed reactions to the smells of frankincense and myrrh! We had a very interesting conversation about the presumed magical abilities of the Magi, after we established that these three kings were not lizards. (Charissa and I were working very hard not to giggle that day!) I feel certain that they have the facts all straightened out now!

The story of Jesus’s presentation at the temple was not as well known to the children, and they had lots of questions about the legal practices of presenting one’s firstborn son in biblical times.  Since then, we have been talking about the parables Jesus told about the Kingdom of God: the Mustard Seed, the Merchant and the Pearl, the Growing Seed, the Leaven, and the Hidden Treasure. On the 21st of February, we’ll finish up with a synthesis of all five parables. The 28th will be a free work day, where the students can finish up any art works they may have started, or have some time to contemplate the works they want to revisit.

They have a new classmate! Aiden, who is Sara and Tom Ward’s grandson, has joined us in the Level II Atrium. We are delighted to have him.  They are still a singing bunch of kids…one day, after a presentation, they were all over the atrium: one at the altar, one tracing a picture from the parable, one placing flags in the map of Israel, two working on the books of the Bible, and one child began singing a song we had learned at Christmas, just softly (in an atrium voice), and the others joined in, still working independently. The atrium is indeed a place of prayer–individual AND communal. Praise be to God!